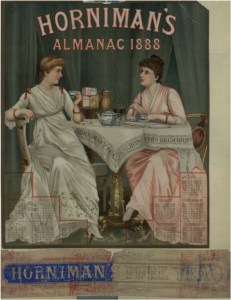 The University of California at Santa Barbara has one of the nation’s strongest offerings in gender history. Over a dozen historians of women, men, gender, sexuality, and culture have generated an exceptionally exciting and wide-ranging program that has attracted scholars and graduate students from every continent. This multitude of gendered research and teaching interests has created core strengths that include not only concentration in the history of a single nation but also comparative, transnational, and interdisciplinary perspectives covering a chronological depth from medieval Europe and colonial New England to nineteenth- and twentieth-century West-Africa, Middle East, East Asia, South Asia, Latin America, Britain and its Empire, and the U.S.

Students concentrating in the new field of comparative gender history will gain a firm grounding in diverse research methodologies, in historiographies of women, gender, and masculinities, and in theoretical approaches, including culture and representation, materialities, consumer culture and identities, and gender, race, sexualities, family, class, age ethnicity, and nation, empire, and borderlands.

As a compliment to the field of gender history, students have the option of doing a doctoral emphasis in feminist studies or global studies (women, culture, and development). UCSB also sponsors frequent graduate student conferences including the recent, well-attended, “Women and Conflict: Historical Perspectives,” and an annual interdisciplinary conference in medieval history. In 2001, a large international conference, “Africa After Gender?: An Exploration of New Epistemologies in African Studies,” provided a forum for faculty and graduate students alike. In 2015, we hosted “Women, Gender, Sex: Social and Cultural Histories of the Long Nineteenth Century-A Conference in honor of Patricia Cline Cohen.” We also run an on-going brown bag workshop series on gender history and plan to have an annual public event.

The following courses are in this field:

We have few core requirements but rather we teach courses that reflect developments in the field, faculty and graduate student interests.