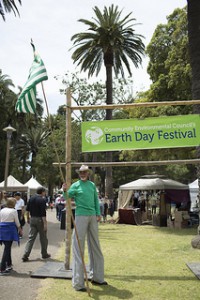 Santa Barbara, CA is one of the oldest urban settlements in the United States. Originally the site of the Chumash people, it was first visited by a Spanish expedition in 1542, and settled by the Spaniards in 1769.

Santa Barbara is much more than a beautiful resort town. It enjoys a rich cultural life, thanks to its numerous theaters, art galleries, and cultural organizations. Various first-rate cultural events take place throughout the year, such as the Santa Barbara International Film Festival, performing arts and classical music at renowned venues (see below), seasonal and cultural festivals like Earth Day and Old Spanish Days Fiesta, as well as other events related to its rich culinary and ethnological traditions.

Santa Barbara is endowed with an excellent network of public transportation and an airport with frequent flights to Los Angeles, San Francisco, Denver, and elsewhere.

Check out some of what Santa Barbara has to offer: