The Initiative for the Study of Race, Religion, and Revolution’s Winter 2021 Schedule 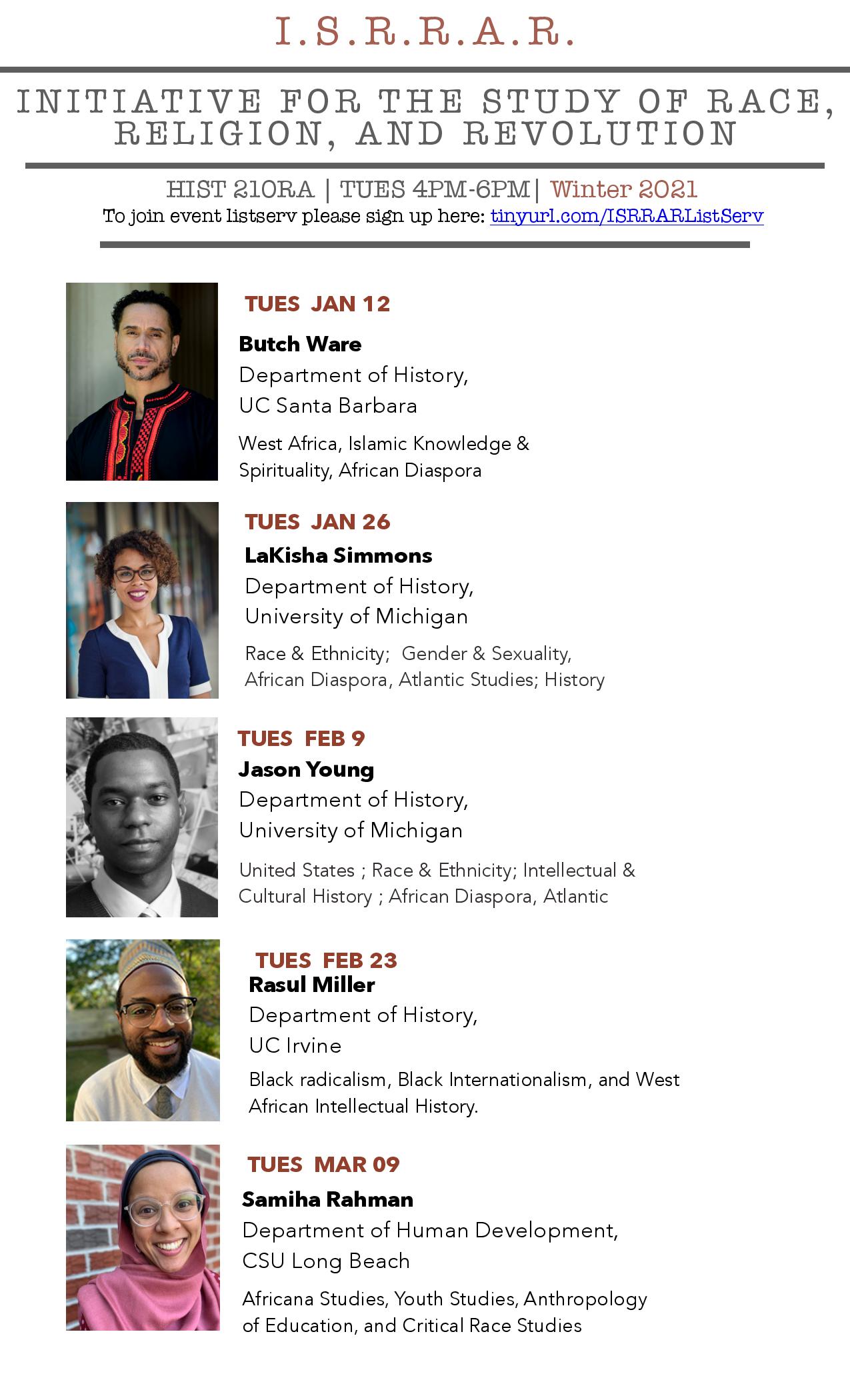