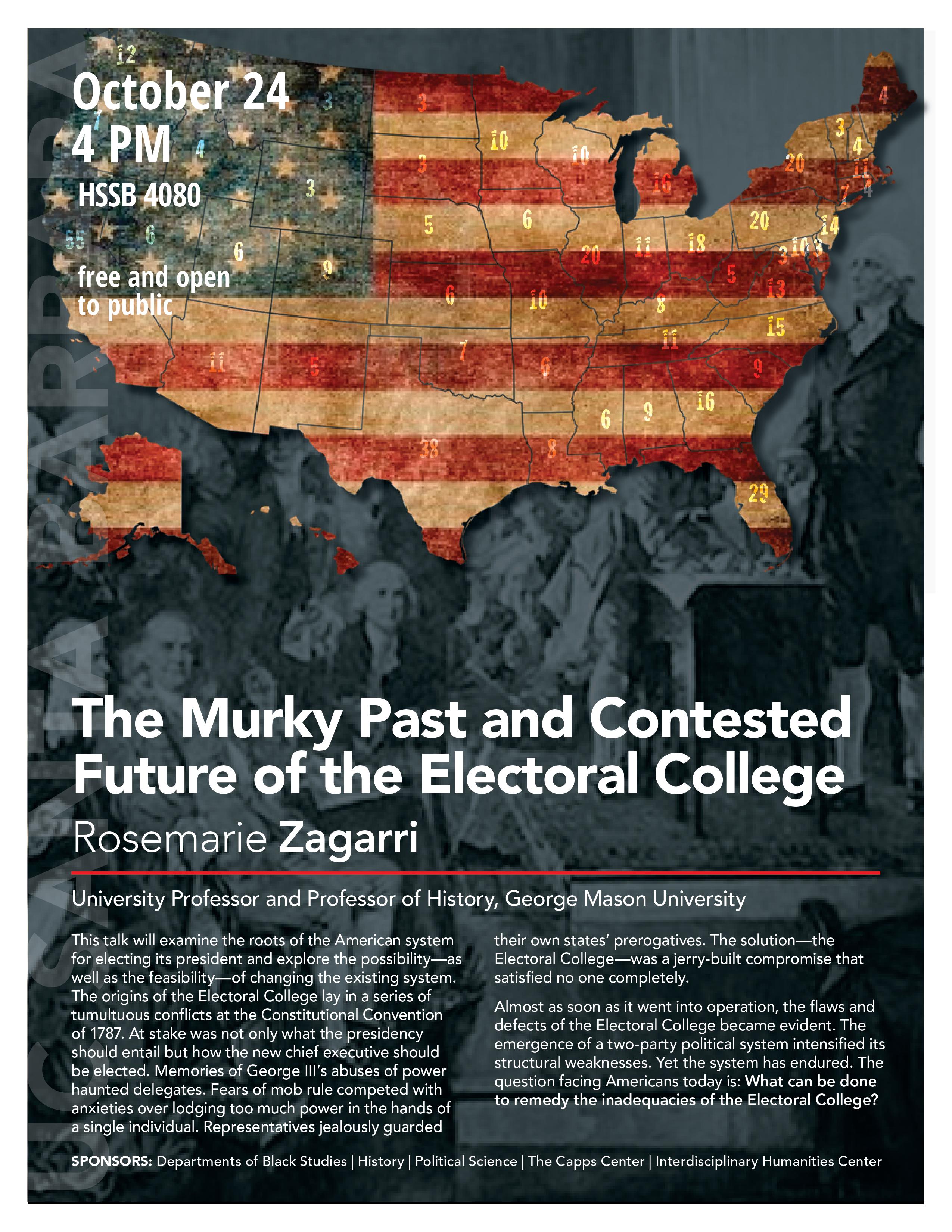 On October 24 at 4:00pm in HSSB 4080, Professor Rosemarie Zagarri of George Mason University will present a talk titled “The Murky Past and Contested Future of the Electoral College.” The event is free and open to the public.

This talk will examine the roots of the American system for electing its president and explore the possibility–as well as the feasibility–of changing the existing system. The origins of the Electoral College lay in a series of tumultuous conflicts at the Constitutional Convention of 1787. At stake was not only what the presidency should entail but how the new chief executive should be elected. Memories of George III’s abuses of power haunted delegates. Fears of mob rule competed with anxieties over lodging too much power in the hands of a single individual. Representatives jealously guarded their own states’ prerogatives. The solution–the Electoral College–was a jerry-built compromise that satisfied no one completely.