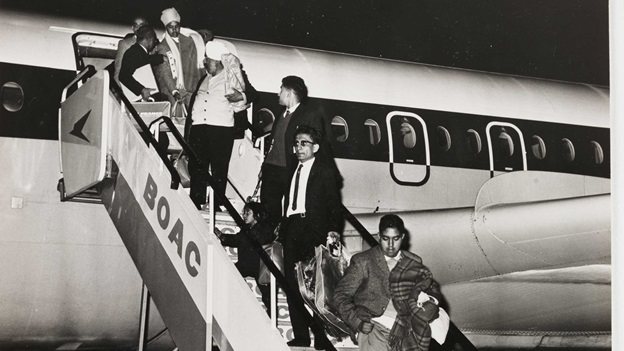 Elizabeth Buettner, Professor of Modern History at the University of Amsterdam, will present her paper “Postcolonial Migration Meets European Integration: Britain in Comparative Perspective” on Tuesday, October 22 at 4:00 in HSSB 4020.

How exceptional has Britain’s history of inward migration after 1945 been compared to that of other Western European countries? Like other former imperial powers, Britain became home to many peoples from its former colonies and Commonwealth, many of whom were not of European descent; moreover, like many of its continental neighbors Britain too attracted migrants from other European countries. How did common responses to newcomers from outside Europe resemble or differ from attitudes towards foreign Europeans, particularly those from within the European Economic Community/European Union? This paper will sketch out general issues and discuss changes over time, not least by comparing earlier decades to developments occurring after EU’s eastward enlargement since 2004 that have culminated in Brexit.