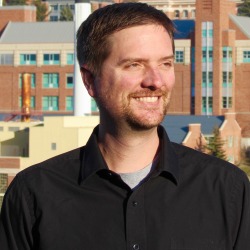 Matthew Avery Sutton — who received his PhD in History at UCSB in 2005 — has been awarded a Guggenheim Foundation Fellowship for the 2016-2017 academic year. His Guggenheim Fellowship will support his current project, a book tentatively entitled FDR’s Army of Faith: Religion and Espionage in World War II, to be published by Basic Books. This project looks at the roles that missionaries and religious activists played in espionage and covert operations during the war. Their actions facilitated the rise of a new American religious nationalism ostensibly grounded in the championing of global freedom of religion, which political and religious leaders used to justify significant aspects of U.S. intelligence and foreign policy for the rest of the century.