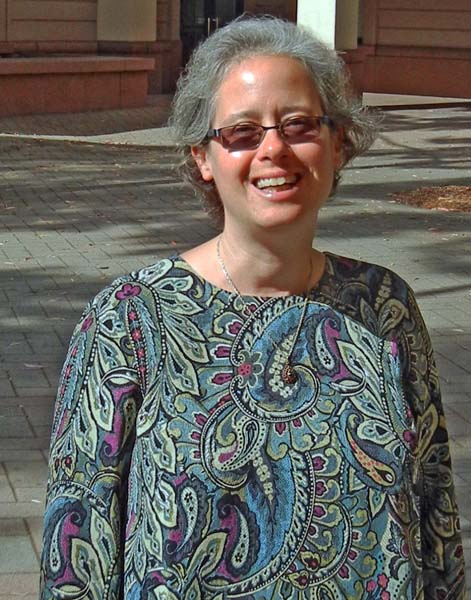 Cover of my forthcoming book: 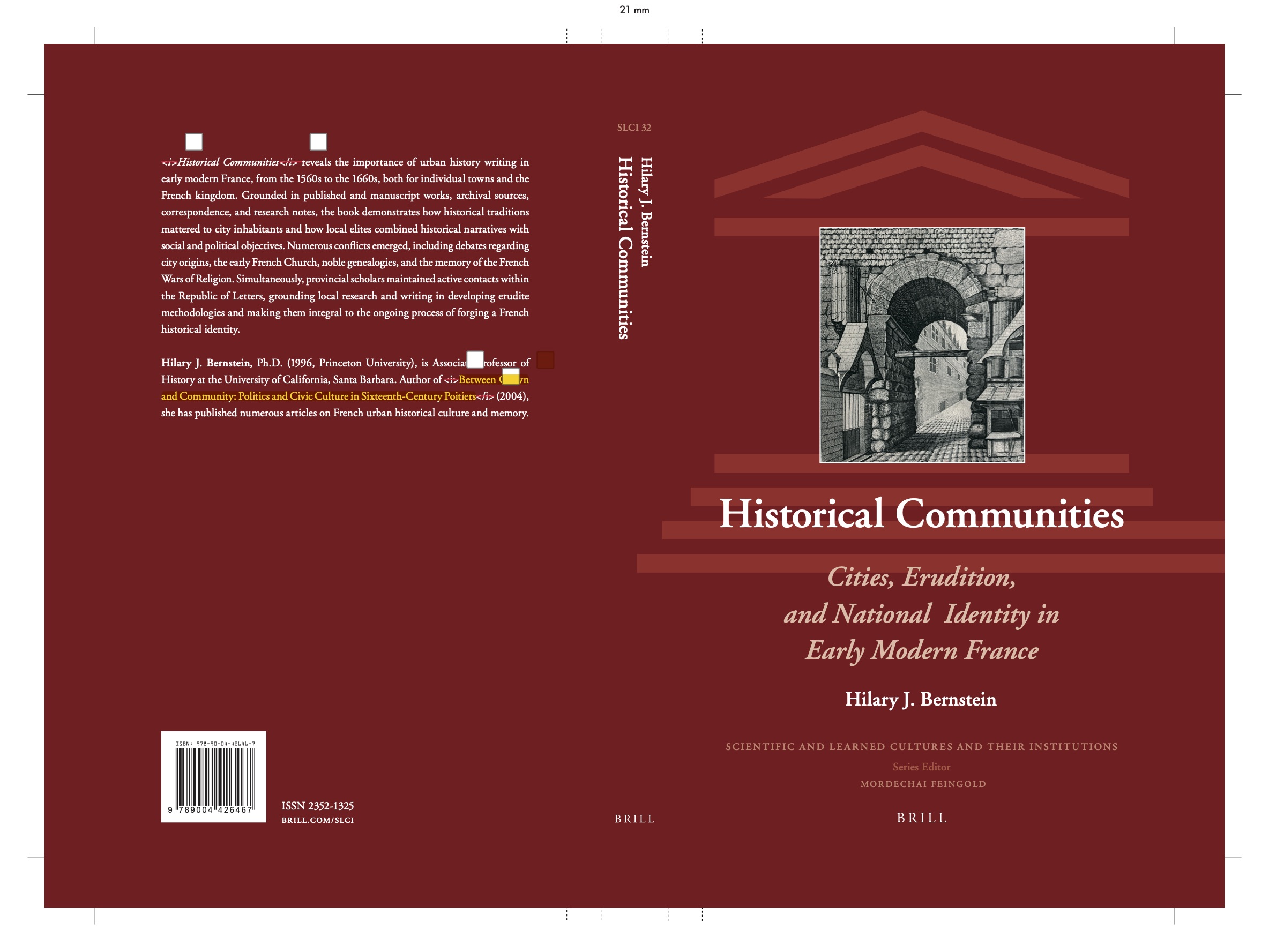 My research interests focus on early modern France, particularly the urban culture of French provincial cities in the late-fifteenth through the mid-seventeenth centuries. My first book, Between Crown and Community, investigated the political culture of Poitiers, a mid-sized provincial capital from the reign of François I (1515-1547) to that of Henri IV (1589-1610). I have recently finished a second book, entitled Historical Communities: Cities, Erudition, and National Identity in Early Modern France, focused on local history writing in French provincial towns throughout  France in the period of roughly 1550-1660. I continue to be interested in questions of individual and collective memory formation and use in French early modern society, and I am working on a project organized around the concepts of memory, family, and genealogy in France from the late 16th-early 18th centuries. My interests thus embrace questions of the intersection of politics and religion, the nature of religious conflict, the relationship between localities and the state, cultural interactions between local elites and the well-known scholars of the Republic of Letters, the development of history writing from the early modern period to the present, and more generally the social, cultural, intellectual and political conditions of the early modern period.

In addition to undergraduate teaching, I welcome the opportunity to work with graduate students, as a main dissertation adviser on virtually any topic related to early modern France in the period of roughly 1450-1700 or as a committee member for students wanting to do a field in early modern Europe.

I have recently completed a book manuscript on local history writing in France during the period of roughly 1550-1660. This book, Historical Communities: Cities, Erudition, and National Identity in Early Modern France, is in production with Brill and will be out in April 2021. The book explores the outpouring of local history writing during this period, with a special focus on how local scholars from a range of French cities, from large provincial capitals to much smaller towns, used available sources to craft a useful urban past. The book therefore examines networks of erudite scholars in Paris and the provinces, the exchange of information, the ways that questions such as a town’s origins could be used to make politically useful statements, the sources of historical conflict, and the ways that contentious issues such as the Wars of Religion and the Fronde were represented in subsequent history writing on the local level. The book also focuses on two figures who served as nodes of historical exchange: François de Belleforest in the 16th century and André Duchesne in the 17th century.

I am also interested in the kinds of exchange–intellectual, social, political–that took place in the process of familial memory formation and genealogical history writing in 16th-18th-century France, particularly among elite urban families and between erudite scholars and the noble families who commissioned these kinds works. I plan to continue to expand on these associations in a book project on “Genealogy, Family, and Memory in Early Modern France.”

I am continuing to pursue the question of the construction of local memory in France, especially with regard to the Wars of Religion.

I also continue to be intrigued by urban politics in French provincial cities and plan a future project on the political role of the clergy in provincial towns in the period of roughly the mid-15th century to the mid-17th century.

Lecture course on France in the Seventeenth Century (Spring).

Hist 223A-B: Research Seminar in Modern and Early Modern European History (Winter-Spring). This two-quarter seminar will focus on researching and writing an article-length research paper or dissertation chapter. Any research topic related to Europe, including European empires and/or relations with European countries, from c. 1500-present, will be considered appropriate for this seminar. Our methodological focus(es) will depend on the projects of the participants. I expect to invite a few guest discussants on topics of interest to the class.

“The Religious Cultures of Renaissance Europe”

Under normal circumstances, I am happy to work with students wanting to do Honors Contracts, Independent Studies (Hist 199), or Independent Reading Courses (Hist 596)

Co-editor of H-France Forum, for history in the period of the Middle Ages-17th century