Steve Zipperstein, “The Impeachment Wars: What Lies Ahead” 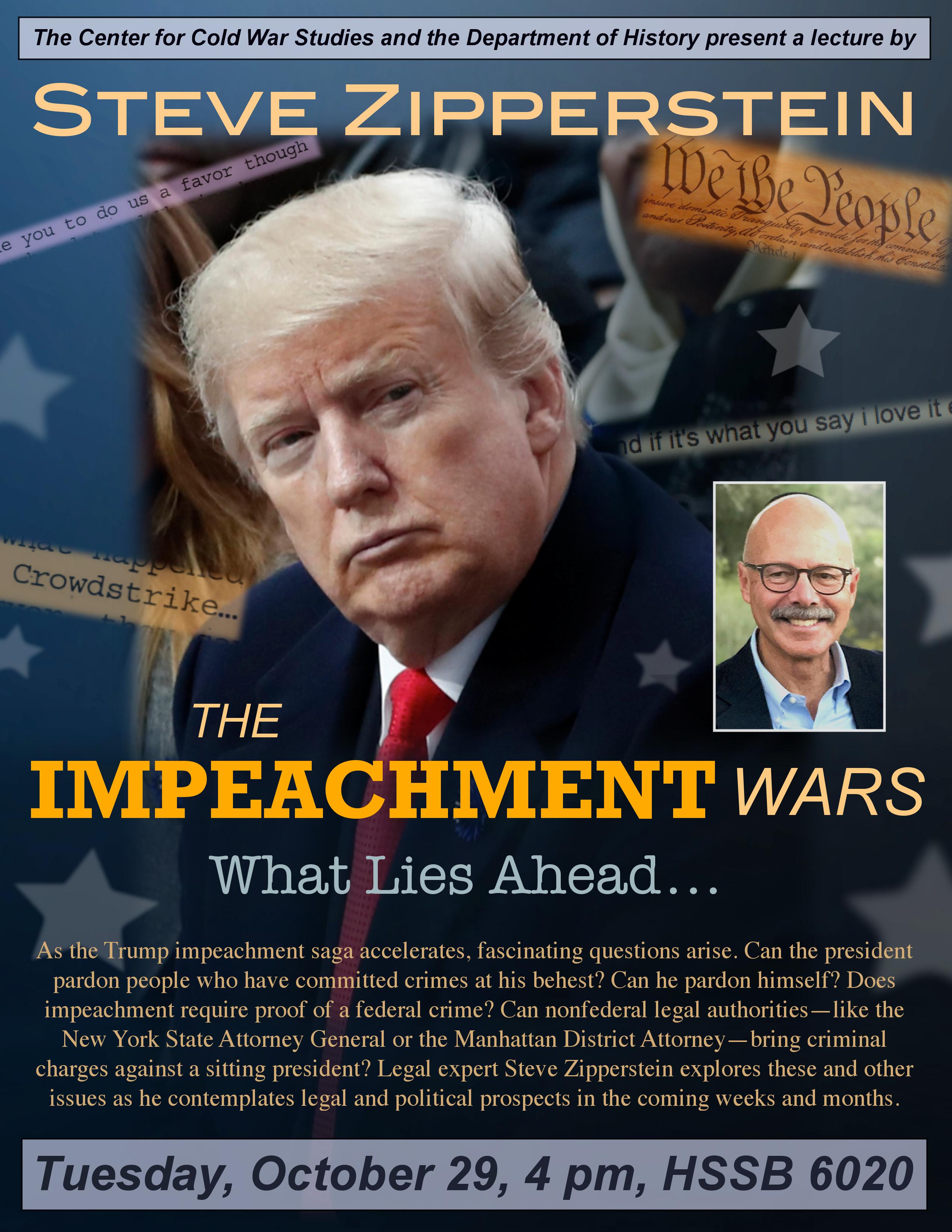 The Trump impeachment saga has gained startling momentum in recent days. As the proceedings accelerate, fascinating legal and policy questions arise. Can the president pardon people who have committed crimes at his behest? Can he pardon himself? Does impeachment require proof of a federal crime? Is the Senate required to hold an actual trial? Can nonfederal legal authorities—like the New York State Attorney General or the Manhattan District Attorney—bring criminal charges against the president while he remains in office? Steve Zipperstein explores these and other issues as he contemplates legal and political prospects in the coming weeks and months.

Steve Zipperstein is the former Chief Assistant United States Attorney in Los Angeles, where he served alongside current Congressman Adam Schiff. Zipperstein also served as Counselor to Attorney General Janet Reno, and as Counselor to then-Assistant Attorney General Robert Mueller. Zipperstein reported directly to former and current Attorney General William Barr for more than a decade during their private sector careers. Following his tenure as a federal prosecutor, Zipperstein served as the Chief Legal Officer of Verizon Wireless and of BlackBerry. Zipperstein currently teaches in the Global Studies and Public Policy departments at UCLA and is a Senior Fellow at UCLA’s Center for Middle East Development. He has also served as a Visiting Professor of Law at Tel Aviv University. His forthcoming book, Law and the Arab-Israeli Conflict: The Trials of Palestine, will be published by Routledge in 2020.