Barbara Walker, “Fathers and Sons and the Origins of Cold War ‘Area Studies’ in the United States” 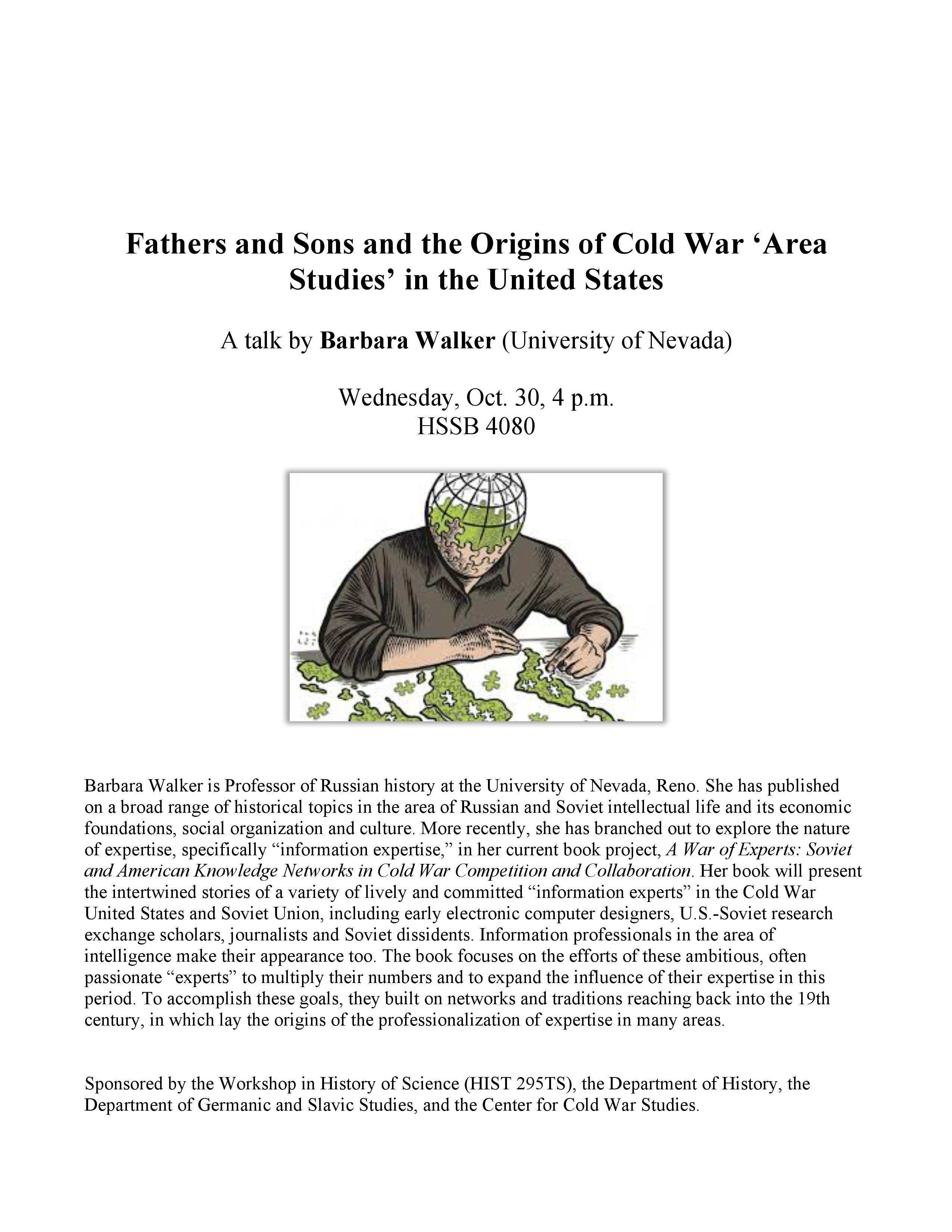 Barbara Walker is Professor of Russian history at the University of Nevada, Reno. She has published on a broad range of historical topics in the area of Russian and Soviet intellectual life and its economic foundations, social organization and culture.

More recently, she has branched out to explore the nature of expertise, specifically “information expertise,” in her current book project, A War of Experts: Soviet and American Knowledge Networks in Cold War Competition and Collaboration. Her book will present the intertwined stories of a variety of lively and committed “information experts” in the Cold War United States and Soviet Union, including early electronic computer designers, U.S.-Soviet research exchange scholars, journalists and Soviet dissidents. Information professionals in the area of intelligence make their appearance too. The book focuses on the efforts of these ambitious, often passionate “experts” to multiply their numbers and to expand the influence of their expertise in this period. To accomplish these goals, they built on networks and traditions reaching back into the 19th century, in which lay the origins of the professionalization of expertise in many areas.