Ronny Regev, “‘We Want No More Economic Islands’: The Mobilization of the Black Consumer Market in the Postwar US” 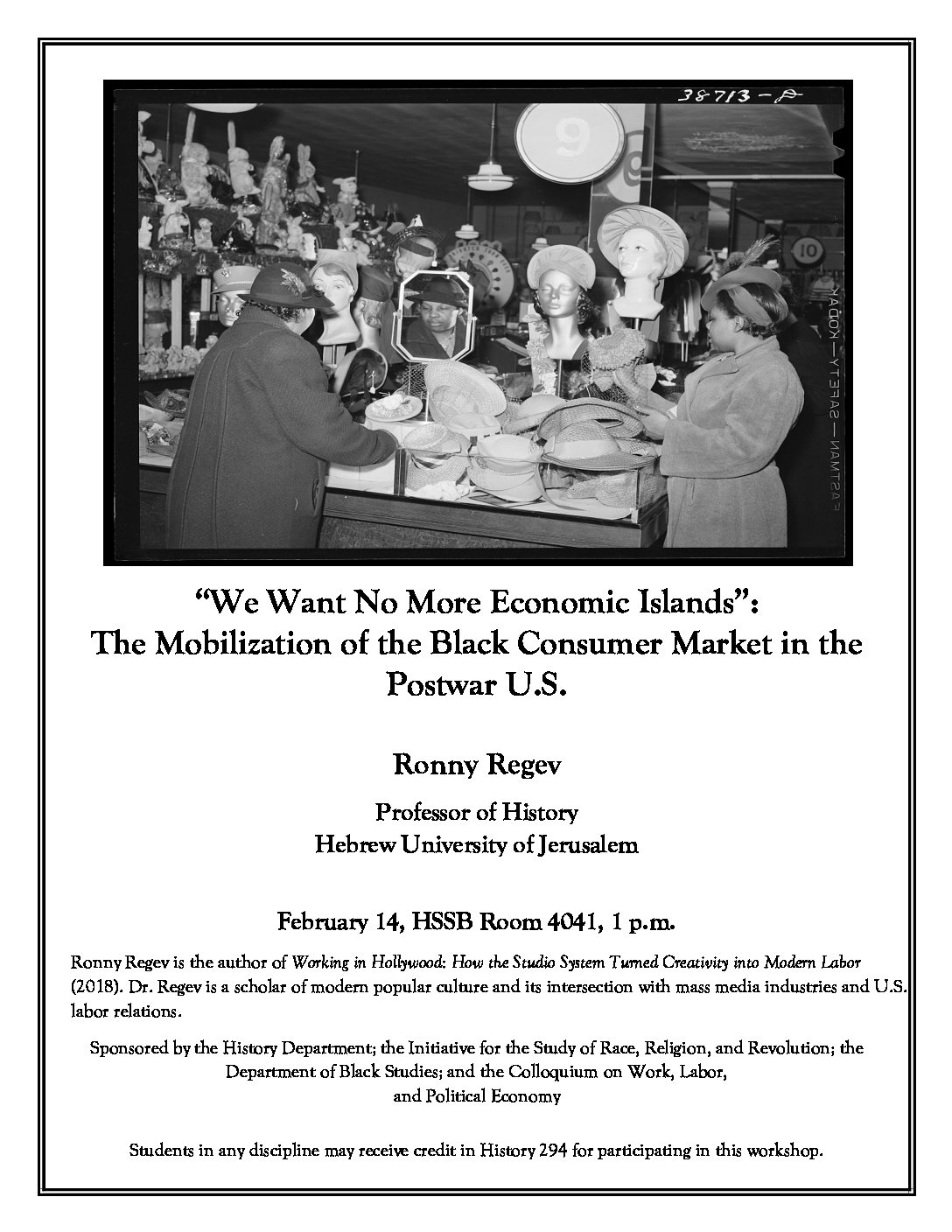 On February 14 Ronny Regev (History, Hebrew University of Jerusalem) presents, “‘We Want No More Economic Islands’: The Mobilization of the Black Consumer Market in the Postwar US.”

WWII ushered in an era of economic growth in the United States, which enshrined consumption as an integral part of liberal citizenship. African Americans were often excluded from the benefits of this “affluent society,” due to the prevalence of segregation and discrimination in the name of white supremacy. Still, throughout the 1940s and 1950s, a network of black intellectuals and business leaders promoted their own vision of economic abundance. By emphasizing the power of the “black market,” the Afro-American economic elite advocated for a black consumer society, in which black shoppers used their buying power to promote racial uplift. Following the full contours of the African American consumer discourse reveals that the preoccupation with the black shopper turned this mundane identity into a political category and marked the commercial realm as a viable arena in the struggle for civil rights.

Dr. Regev is the author of Working in Hollywood: How the Studio System Turned Creativity into Modern Labor (2018), and is a scholar of modern popular culture and its intersection with mass media industries and US labor relations.

Students in any discipline may receive credit in History 294 for participating in this workshop.