This prize was created in 2011 to recognize the outstanding senior thesis written by a student in the History of Public Policy major. 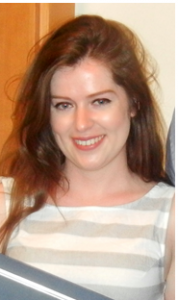 2018
Penelope Fergison, “Head for the Hills: Race and Property Value in Oakland.”

2017
Elizabeth Schmidt, “Representation without Taxation: Isla Vista and the Tax Revolt in California.”

2014
Anna Plankey, “‘Tantamount to Genocide’: Defining the Bosnian Violence in the Bush
and Clinton Administrations.”

2013
Molly Nugent, “Your Tax Dollars Buy Sex Discrimination!: The Fight for Equal Gender
Representation in France and the United States.”

2012
Ross Miletich, “The Decline and Fall of the Southern Democrats: A case-based study in Southern Political Power.”