The History Department was saddened by the death of Professor Emeritus 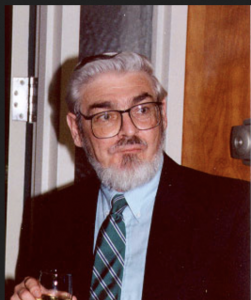 Carl Harris on May 14 of this year.

Professor Harris, who joined the UCSB history faculty in 1968 and retired in 2011, combined theoretical breadth, innovative social science, and in-depth research in primary sources to produce influential scholarship on the nature and sources of political power in the United States during the late-19th and early-20th century.  His book, Political Power in Birmingham, 1871-1921, provided an intricate examination of the political economy of a city that in important ways was both similar to, and different from, other rapidly industrializing cities during the period. The book made a major contribution to both national urban history and the history of the American South. Harris turned to central economic and sectional issues of national political power in a monographic essay, “Right Fork or Left Fork? The Section-Party Alignments of Southern Democrats in Congress, 1873-1897,” which appeared in The Journal of Southern History. Through an innovative, rigorous, and meticulous analysis of Congressional voting behavior, he upended the prevailing view of the political strategies and outcomes associated with the return of the former Confederate states to Congress after the Civil War. In later essays he returned to the urban South, and to Birmingham as a case study. In this scholarship Harris focused on the intersection of issues of race and class, particularly as they played out in the history of education and the history of African-American political initiatives. One of the resulting essays, “Stability and Change in Discrimination against Black Public Schools: Birmingham, Alabama, 1871-1931,” appeared in The Journal of Southern History. At the end of his life he was still at work on this subject, which he often referred to as “The Social Core of Jim Crow.”