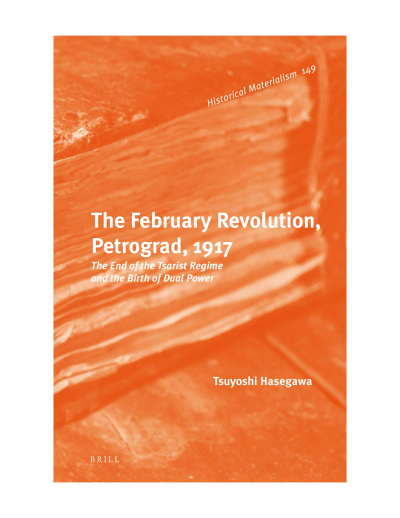 Professor Hasegawa has added to his impressive list of publications The February Revolution, Petrograd, 1917. It is the most comprehensive book on the epic uprising that toppled the tsarist monarchy and ushered in the next stage of the Russian Revolution. Professor Hasegawa presents in detail the intense drama of the nine days of the revolution, including the workers’ strike, soldiers’ revolt, the scrambling of revolutionary party activists to control the revolution, and the liberals’ conspiracy to force Tsar Nicholas II to abdicate. Based on his previous work, published in 1981, he has revised, enlarged, and reinterpreted the complexity of the February Revolution, resulting in a major and timely reassessment on the occasion of its centennial. The book is available both in print and in e-book edition. The volume will available as part of Brill’s “My Book” program whereby a paperback copy can be purchased for €25/$25 provided the user has access to the e-book via his/her institution.