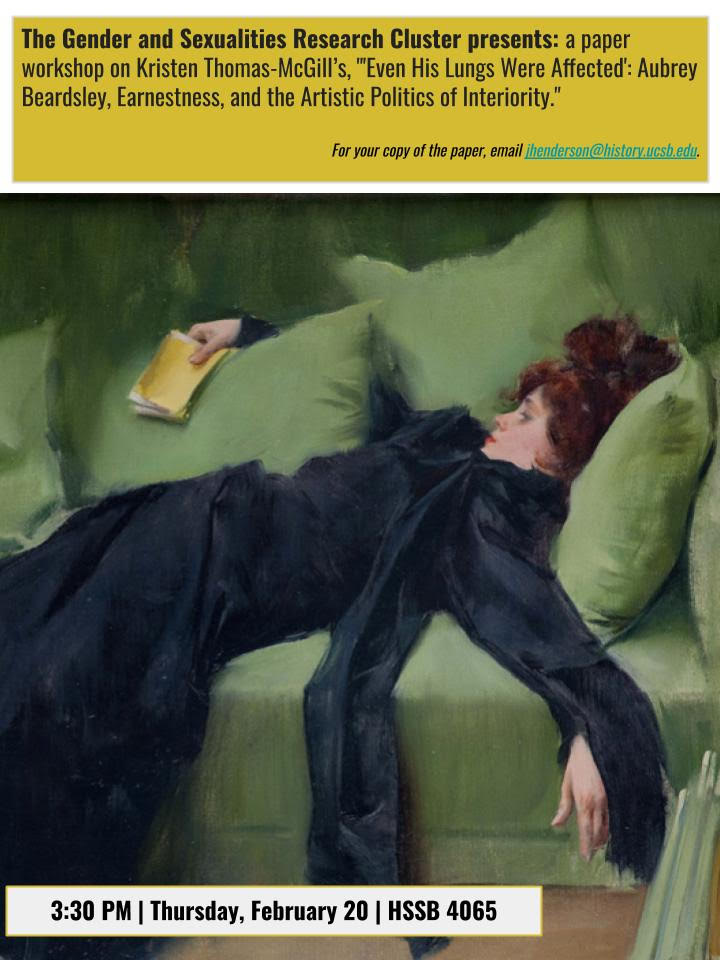 Join the Gender and Sexualities Research Cluster for a paper workshop on Kristen Thomas-McGill's "'Even His Lungs Were Affected': Aubrey Beardsley, Earnestness, and the Artistic Politics of Interiority." The event will take place in HSSB 4065 on Thursday, February 20 at 3:30. To obtain the paper in advance, email Jarett Henderson at jhenderson@history.ucsb.edu. 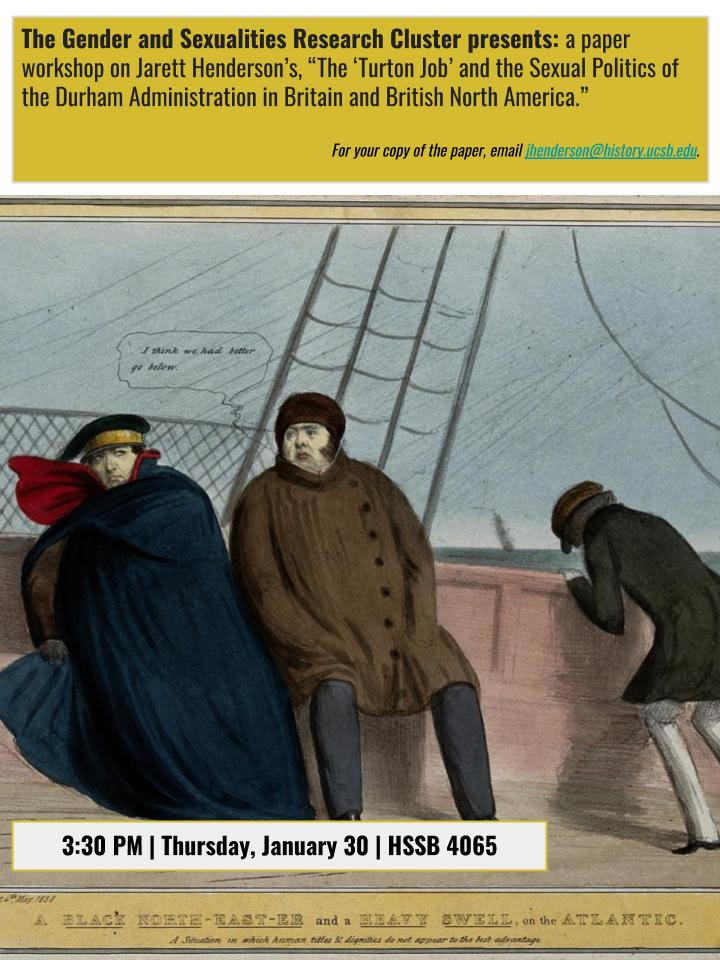 Join the Gender and Sexualities Research Cluster for a paper workshop on Jarett Henderson's “The 'Turton Job' and the Sexual Politics of the Durham Administration in Britain and British North America.” The event will take place in HSSB 4065 on Thursday, January 30 at 3:30. To obtain the paper in advance, email Jarett Henderson at jhenderson@history.ucsb.edu.

Giuliana Perrone, new Assistant Professor in the History Department, will give a talk at the IHC on the role the courts played in (re)constructing the lives of black families. Perrone will discuss the problems and possibilities Reconstruction-era courts presented to former slaves and the legal system in "Slaves into Citizens: Legitimizing Black Domestic Relationships in Reconstruction-Era State Courts" This talk is one of a [...]

The Graduate Finance Committee will hold a workshop to help graduate students familiarize themselves with the process of applying for funding within and outside UCSB. Students should bring drafts of grant proposals for discussion, if possible. The workshop will begin with a discussion of applying for central funding and move on to outside applications. This workshop will be sponsored by the [...]