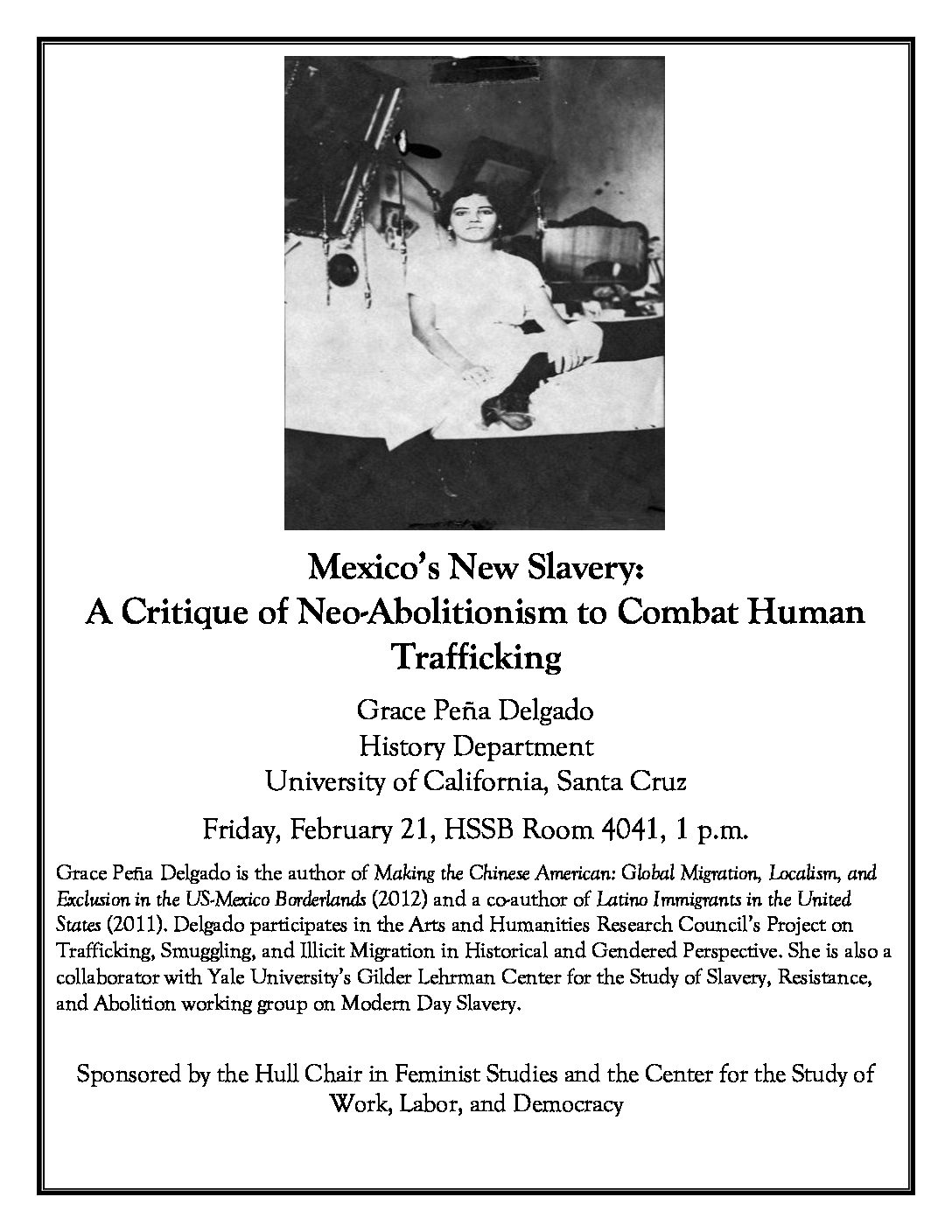 As part of the The Center for the Study of Work, Labor, and Democracy‘s Winter Quarter speaker series, Grace Peña Delgado (History, UC Santa Cruz) will present “Mexico’s New Slavery: A Critique of Neo-Abolitionism to Combat Human Trafficking.” Delgado is the author of Making the Chinese American: Global Migration, Localism, and Exclusion in the U.S.-Mexico Borderlands (2012) and co-author of Latino Immigrants […]

END_OF_DOCUMENT_TOKEN_TO_BE_REPLACED

Elizabeth Buettner, Professor of Modern History at the University of Amsterdam, will present her paper “Postcolonial Migration Meets European Integration: Britain in Comparative Perspective” on Tuesday, October 22 at 4:00 in HSSB 4020. How exceptional has Britain’s history of inward migration after 1945 been compared to that of other Western European countries? Like other former imperial powers, Britain became home […]