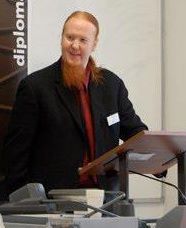 “[I]n a world where children are still not safe from starvation or bombs, should not the historian thrust himself and his writing into history, on behalf of goals in which he deeply believes? Are we historians not humans first, and scholars because of that?” “Howard Zinn, The Politics of History

I am a modern US historian who specializes in domestic politics and American foreign policy. I filed my dissertation (“The Challenge of Peace: Ronald Reagan, Public Opinion, and the Movement to Freeze the Arms Race”) in December 2015. My dissertation explores the dynamic of domestic politics and foreign policy through a case study of the Nuclear Weapons Freeze Campaign of the 1980s. Through extensive archival research, I measure the sway of public opinion and antinuclear activism across several dimensions to demonstrate how politics, religion, and culture shaped the national dialogue surrounding nuclear weapons and the arms race during the 1980s. I argue that the Reagan Administration strategically co-opted the movement in the face of domestic political challenges. Although the Freeze campaign ultimately failed in its primary objectives, I conclude the Reagan Administration was forced to abandon its hostile rhetoric and make substantive overtures towards the Soviet Union on arms control—or continue to face a domestic backlash with potential electoral repercussions.

The result of this work forces historians to reconsider the importance of peace movements in relationship to the end of the Cold War. It challenges traditional Cold War historiography, while bridging the growing gap between the historiography of the Reagan presidency and the Nuclear Weapons Freeze Campaign.

My dissertation received support from several institutions, including the American Institute of Physics, the CUSHWA Center at Notre Dame, the UCSB History Department Associates, the Philip and Aidia Siff Foundation of Santa Barbara, and the Institute of Global Conflict and Cooperation at UCSD.

Outside of my primary research, my interests include the history of popular culture, particularly as it interacts with, shapes, or reflects the political realm. I am also interested in the history of science and technology. I am specifically interested in the relationship between the government and science, and the role of scientists as activists (for or against animal testing and nuclear weapons) as well as how social movements interact with technology.