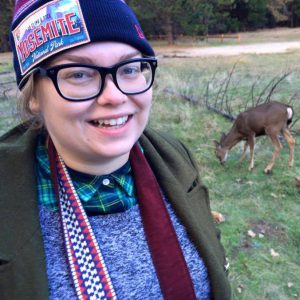 In Fall 2021, I am a TA in HIST 7. My office hours are Tuesdays between 11am-1pm or by appointment on Zoom, using this link.

The Save-the-Redwood League (1920) and the eugenics manual The Passing of the Great Race (1916), used as evidence in the Nuremberg Trials as “Hitler’s Bible,” were created by the same person: Madison Grant. Nativism and white nationalism’s ties with conservation and preservation through Grant’s works did not stay within the US. The communication and collaboration of German and US conservationists through international eugenic knowledge communities made racializing conservation possible. This transnational connection became much more deadly through Grant’s ties to German foresters who became General Forstmeisters in the Third Reich. My dissertation examines how German and US conservationists made Coast Redwoods an object of racial science in the late nineteenth and early twentieth centuries, and in so doing, racialized conservation. It investigates how conservationists conflated forest and racial management in Germany and the US and analyzes the social conflicts that eugenic discourses and practices produced. My dissertation argues that Coast Redwood conservation constituted vital growth of white nationalism. In the process of creating racialized national and state parks in Germany and the US through segregation and white-centric curation and interpretation, those conserving and preserving Coast Redwoods paid as much attention to the human fauna as to the flora.