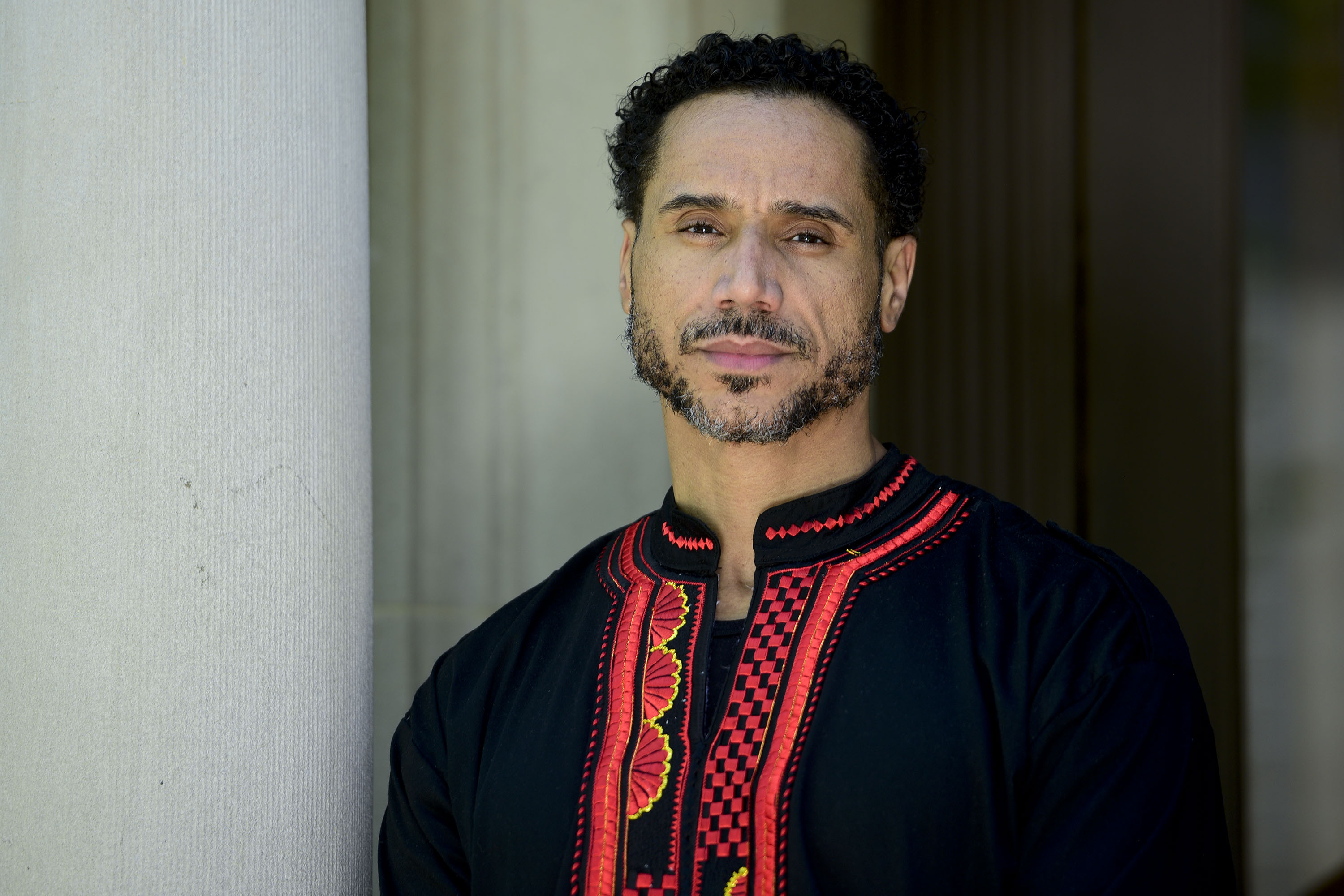 I am a historian of Africa and Islam. I earned my Ph.D. in 2004 at the University of Pennsylvania where I trained in African History, African-American History, and Islamic Intellectual History. My research spans the last thousand years, centering on West Africa, while reaching into the Mediterranean lands of Islam and the Atlantic worlds of the African Diaspora.

What has it meant to be an African Muslim? This question interests me across space and time, leading me to publish works on the histories of Qur’an schooling, Muslim Mysticism, Slavery and Abolition, and Islamic Devotional poetry.

I investigate mainly with the tools of an historian, but my approach is interdisciplinary. My research relies on conventional sources of Africanist historiography: archival and documentary work in European languages, and oral history in African languages. Yet my methods have been deeply shaped by the Arabic textualist tradition, anthropology, and philosophy. So although I write as an historian, I see myself as straddling a crossroads where two broad interdisciplinary fields meet. My work seeks to engage with, intervene in, and push the edges of, African and Islamic studies.

My teaching focuses on Islamic thought, anti-slavery movements in West Africa and the African Diaspora, and the broader intersection of Race, Religion, and Revolutionary Thought. I have published a number of articles on these interrelated themes, as well as two books:

The Academic study of Islam has long been rooted in an investigation of its texts. Religion of the Book, with an endless corpus of juridical, historical, poetic and scientific works, the importance of the written is patent in Islam. But transmission of Islamic knowledge has always taken place as much on the body as on paper. The idea that the human form can serve as a matrix to encode knowledge, a vehicle to transmit it, and a codex to decipher it was long a central aspect of Islamic schooling. The major argument of my first book is that Qurʾan schooling in West Africa is based on these once broadly held educational ideals. I use an historical ethnography of schooling in Senegambia during the past century as a window onto Islamic epistemology. Here texts are internalized through memorization, but also by ingestion and osmosis. Qur’an teachers are objects of mimesis, service, and veneration, processes that reshape the comportment and disposition of disciples. Disciplining the limbs and appetites creates certain kinds of bodies and sensibilities.

The first two chapters of The Walking Qur’an are an interdisciplinary inquiry into the philosophy of knowledge behind classical Qurʾan schooling. The remaining five chapters use this institution as a lens to view a millennium of West African history. The resultant story is grounded in academic conventions of documentation and citation, but it is an attempt to see through the looking glass of epistemological history. The Walking Qur’an is not only an analysis of an African and Islamic approach to knowledge; it is also an effort to write a history through it.

JIHAD OF THE PEN:

THE SUFI LITERATURE OF WEST AFRICA

Outsiders have long observed the contours of the flourishing scholarly traditions of African Muslim societies, but the most renowned voices of West African Sufism have rarely been heard outside of their respective constituencies. This volume brings together writings by Uthman b. Fudi (d. 1817, Nigeria), Umar Tal (d. 1864, Mali), Ahmad Bamba (d. 1927, Senegal), and Ibrahim Niasse (d. 1975, Senegal), who, between them, founded the largest Muslim communities in African history. Jihad of the Pen offers translations of Arabic source material that proved formative to the constitution of a veritable Islamic revival sweeping West Africa in the nineteenth and twentieth centuries. Recurring themes shared by these scholars―etiquette on the spiritual path, love for the Prophet Muhammad, and divine knowledge―demonstrate a shared, vibrant scholarly heritage in West Africa that drew on the classics of global Islamic learning, but also made its own contributions to Islamic intellectual history.

My original conclusion to this volume, “Jihad of the Pen: The Prophet, the Qur’an, and Islamic Ethics,” is my effort to come to terms with the sociological and cosmological meanings of character training and spiritual experiences in the Sufi tradition.

I am currently working on two books.

Oxford’s Advanced Learners Dictionary gives the following two primary definitions of
the term ‘visionary:’ (1). original and showing the ability to think about or plan the future with great imagination and intelligence

(2). relating to dreams or strange experiences, especially of a religious kind
-visionary experiences-

This book explores—in the context of Islamic West Africa—these two primary (and inter-related) senses of the meaning of the word ‘visionary’: a person who experiences ‘visions’ in dreams, trances, and waking states and a person who provides inspirational leadership for social change.  In short, it is an examination of the relationship between the ‘extra-sensory’ sensorium of religious experiences and social action in the Islamic tradition of the African West. For visionary African Muslims, ‘visions’ were often more real than reality itself and thus had the capacity to transform it. But these visions were not limited to seeing; they were also experiences of sound and smell, touch and taste. The English language—which favors sight among its five culturally constructed senses—offers no better word to describe such all-encompassing sensory experiences than ‘vision.’

In the last decades of the 18th century intrepid revolutionaries overthrew a centuries-old monarchy and forged a new state—one without kings and committed to radical new principles of human liberty. But this revolution did not unfold in France, neither in her Caribbean colonies, nor even in those of the British crown. Africa was the theatre for these early struggles over the moral, intellectual, and political stakes of the age of revolutions. This chapter will rehearse the tale of an Atlantic drama whose main actors were Black Muslim clerics, soldiers, peasants, and former slaves. These men and women conceived a vision of government by a particular set of Islamic principles as the solution to the unprecedented problems of the age of enslavement. For almost forty years they sought to manifest that vision—against long odds and with imperfect execution. Their struggle has been largely forgotten, but it was once well known in many quarters of the Atlantic World. The revolution was discussed in fashionable drawing rooms in London and Paris, and recounted in slave quarters from Antigua to Louisiana. Revisiting it in these pages will recast Muslim Africans at the center of the dramas convulsing the revolutionary Atlantic.

This talk at the Schomburg Center with Dr. Christopher Brown from Columbia University opens onto the book (please note that I am not responsible for the video’s title):