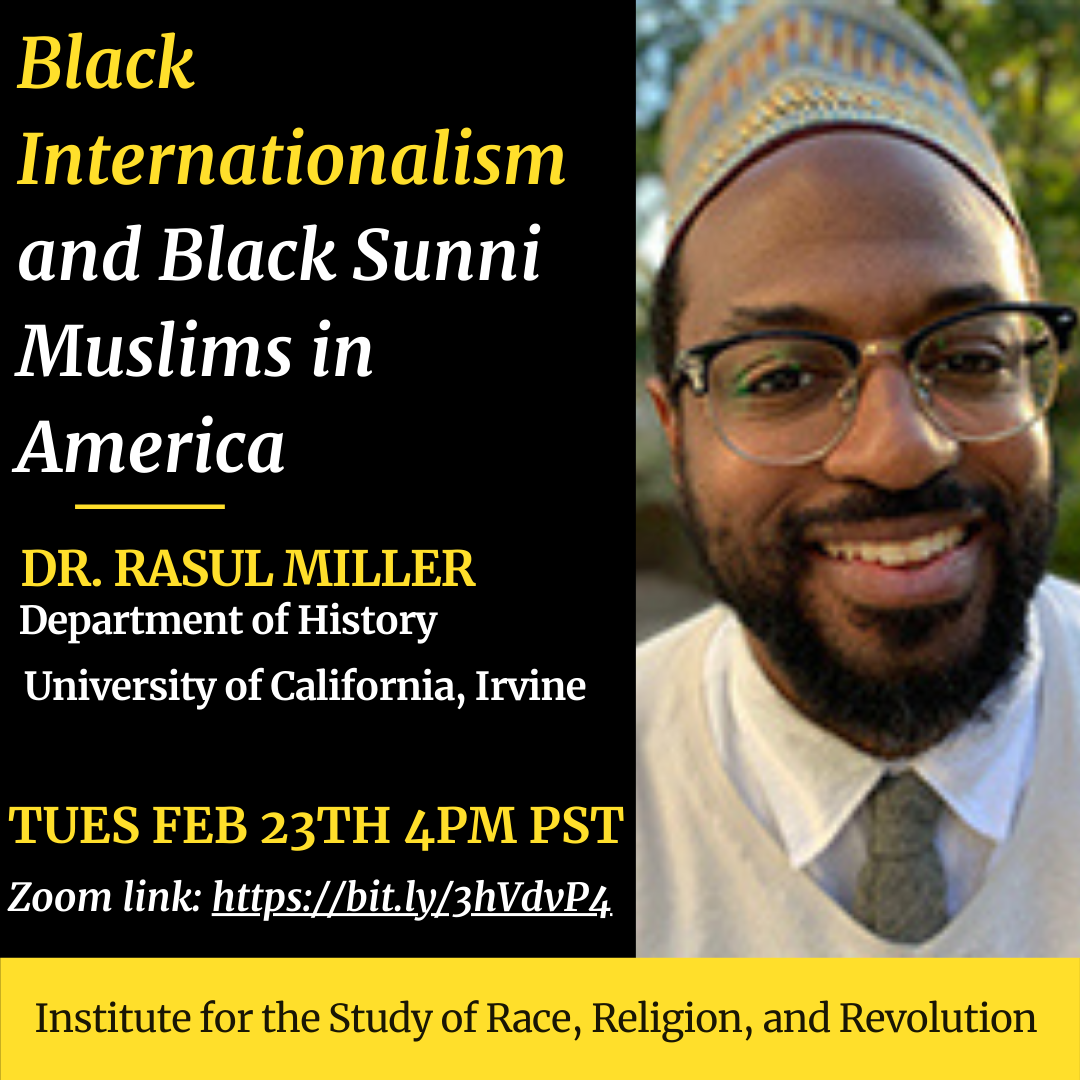 During the interwar period, the historic neighborhood of Harlem was home to a thriving Black political scene that included Garveyites, Communists, labor organizers, anticolonial activists, and politicized adherents of various new Black religious congregations. Shaykh Daoud Faisal and Mother Khadijah Faisal, the architects of New York City’s first lasting Black Sunni Muslim community worked as artists, organizers, and propagators of Islam for over a decade in 1920s and 1930s Harlem, and were deeply impacted by its Black internationalist political and cultural character. Upon moving to Brooklyn Heights in 1930 they built one of the twentieth century’s most influential Muslim religious communities in the US. In this talk, Dr. Rasul Miller (History, UC Irvine) explores the impact of Black internationalism on this formative Black Sunni religious institution, and the broader Black Sunni religious and cultural orientations it helped to foster.