ISRRAR Event–Dr. Jason Young, “Look for Me in the Whirlwind: Toward an Ecology of Afro-Futurism” 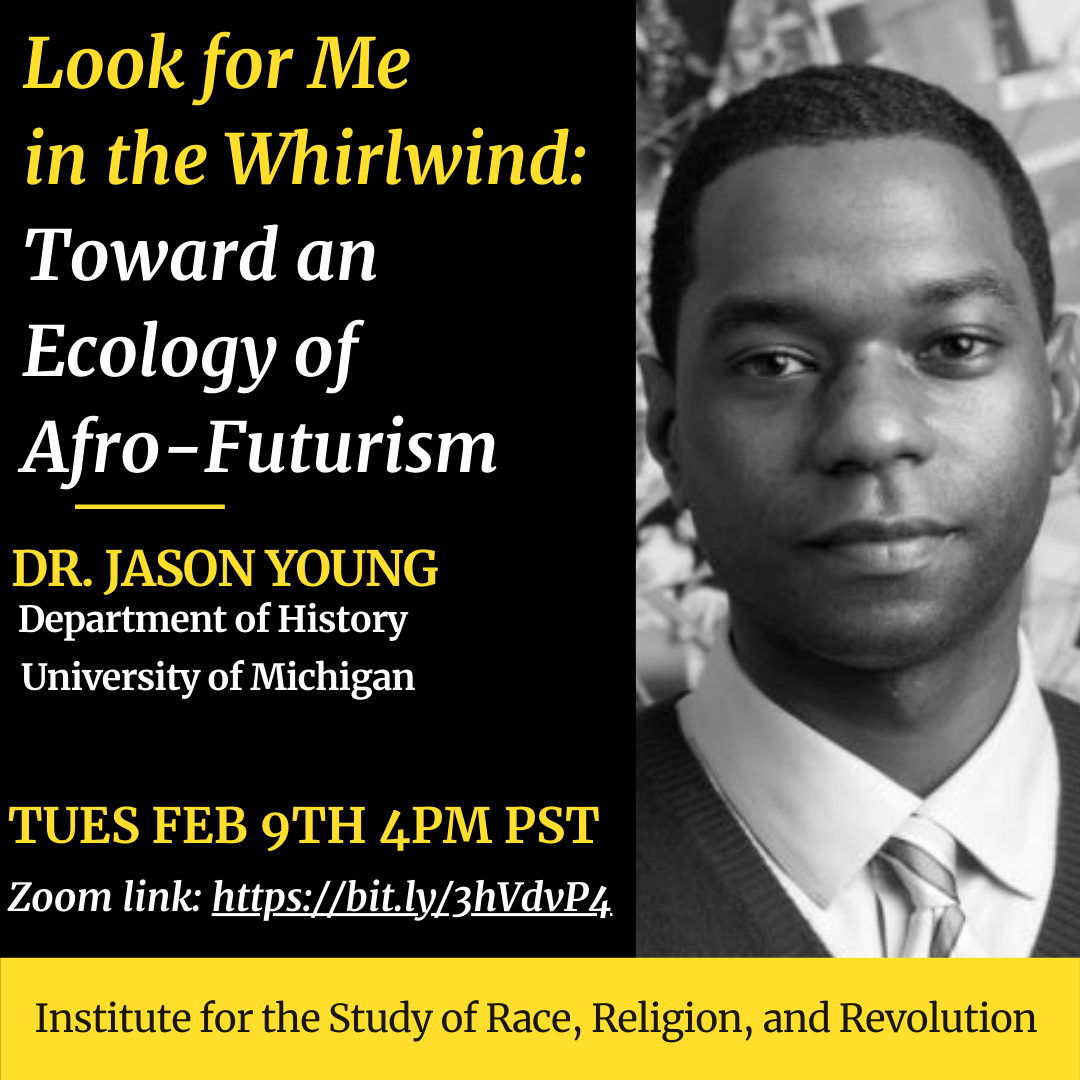 Speaking before a rapt audience, famed black nationalist leader, Marcus Garvey, vowed to support the cause of African liberation not only in life, but also in death, insisting that he would return as an “earthquake, or a cyclone, or plague, or pestilence” to aid in the fight for freedom. He implored his followers: “Look for me in the whirlwind.” Using Garvey’s promise as a starting point, Dr. Jason Young (University of Michigan) reconsiders the history of slavery with an eye trained on the transformative role that torrential rains, gale force winds and raging fires played in both opening and closing paths to freedom and resistance. And in view of the current climate crisis, COVID-19, and yet another national reckoning on racial injustice, Young imagines the role that rising sea levels, receding coastlines, and global fugitivity might play in the Afro-futures to come.