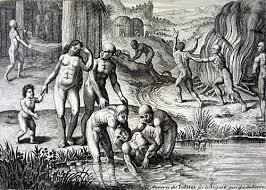 This talk will analyze the impact of the Second plague pandemic in Egypt (1347-1844 CE). The Second plague pandemic refers to the long series of epidemics that struck the Middle East and Europe, starting with the Black Death, 1347-1351 CE. This pandemic generally lasted until the early 1700s in Europe, but longer in the Middle East. Why was this? Professor Borsch explores this question and the possible connection to the economic and technological divergence between Europe and the Middle East between the 1300s and 1800s. Borsch also takes a comparative perspective, looking at the dynamics of this long-term catastrophe by studying the mortality of the urban (Cairo, Alexandria, Qus, Asyut) and rural plague outbreaks in the Mamluk and Ottoman periods and into the modern period, 1347-1844. His talk will include some comparative perspectives with Syrian population losses.