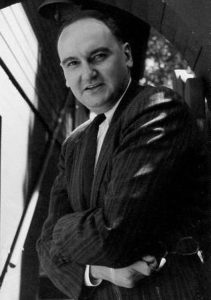 The Joachim Remak Dissertation Fellowship was established by Professor Remak’s two children, Catherine and Robert, in remembrance of their father’s legacy and his passion for history and promoting peace. The Remak Fellowship supports a graduate student who is working on a dissertation in European history, including European imperial and/or transnational history, from the nineteenth century to the present.

Remak taught at Stanford as an Instructor for three years and then took up a tenure-track position in the History Department at Lewis and Clark College in Portland, Oregon, in 1958. He gained tenure there and served as Department Chair before being called to the growing History Department at the University of California, Santa Barbara in 1965. The next year he was awarded a Guggenheim Fellowship.

A popular classroom lecturer as well as a prolific scholar, Remak was promoted to Full Professor at UCSB in 1968 and served as Department Chair from 1977 to 1984. He retired in 1991 and continued teaching upper division courses as Professor Emeritus for another year.

He published his first book, Sarajevo, the Story of a Political Murder in 1959 winning the Borden Award from Stanford University’s Hoover Institution in 1960. He published his next book, The Gentle Critic: Theodor Fontane and German Politics, 1848–1898 in 1964. His article “The Healthy Invalid: How Doomed the Habsburg Empire?” which appeared in The Journal of Modern History, won the American Historical Association’s Higby Prize. He authored many articles and edited numerous textbooks. His last book was entitled A Very Civil War and analyzed the Swiss Sonderbund War of 1847.